Give Back Day hits new high as fundraising goes global

For the first time, Give Back Day was celebrated globally by teams in the UK, Ireland, Australia and the US, who united to make a difference to causes close to their hearts.

From dunking the Atlanta Group Executive team in Stoke-on-Trent to transforming URIS Group’s Doncaster office into an athletics track for a special themed triathlon, the day was filled with fun and inspiring activities, raising much-needed funds for more than 60 charities.

Colleagues at HWF Partners undertook a gruelling walking challenge to cover the distance from their London office to their Frankfurt office, with the final mile bounced on space hoppers. The team raised £2,763 for Alzheimer’s Research UK.

Seven colleagues from Finch undertook an Ironman relay, which included a 3.8km swim, 180km bike ride and 42.2km run. Thanks to their incredible stamina, £1,577 was raised for MYTIME Young Carers.

In total, fundraising activities raised £75,100, with Ardonagh Community Trust (ACT) match funding this amount to create a final total of £150,200.

In the three years since its launch, ACT has donated over £500,000 to charities and community organisations that have been nominated by Ardonagh employees. These have included period dignity boxes, accessible playgrounds, children’s sports programmes, community events, and cancer care packages. It has also given £200,000 to the mental health charity Mind.

Ardonagh Group CEO and ACT Trustee David Ross praised colleagues for their commitment to Give Back Day 2021 and for supporting a raft of worthwhile charities.

He said: “Every year on Give Back Day the Ardonagh family unites to raise important funds for many wonderful charities.

“This year was truly exceptional with fundraising activities spanning continents and reaching even more causes in need of support.

“The work and effort that goes into this day is inspiring and thanks to our employees’ incredible commitment, this year’s Give Back Day will have a positive impact that will last for many years to come.

“Thank you to all our colleagues who devoted so much time and energy to raising an outstanding amount of money as part of ACT’s Give Back Day 2021.” 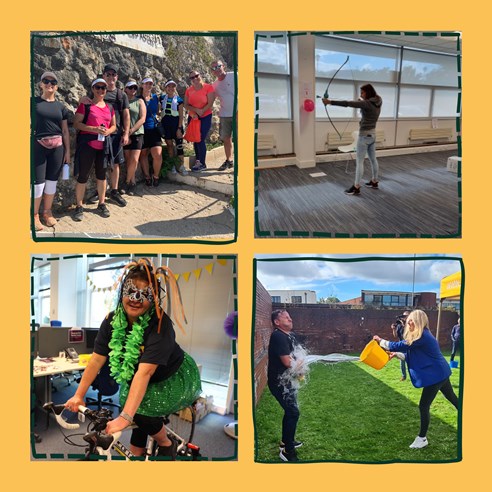 Ardonagh Community Trust enables employees across The Ardonagh Group to have a tangible impact on causes close to their heart through quarterly grants, match funding and volunteering.

Find out more about ACT at https://www.ardonaghtrust.org

Ardonagh Community Trust, the registered charity of the Ardonagh Group, is delighted to reveal the first ever winner of the Bright Future Prize — a new £20,000 funding stream to help young people turn their innovative community-based projects into reality.

In April, Ardonagh Community Trust (ACT) launched its first Bright Future Prize – a new funding stream targeting teens with big dreams for their communities. This week, we announced the talented young finalists of the Bright Future Prize who are in with a chance to win £20,000 to make a difference to a cause they care about.